So I haven't posted in a while, so here is a post. Not much has changed here in the land of overpriced books, stationery and nick nacks, except a new soundtrack (thank goodness) largely made up of 80s music. People are still stupid (Don't you have 5 cent coins in this country?) (Do you have a book on the 70s era Czechoslovakian sewer system? No, I don't know the title or the author...), products are still weird (It's a pack of erasers cunningly disguised as crayons, yes), and I'm still underpaid. I've become obsessed with many more TV series since I last posted: Boston Legal (Denny Crane), Beautiful People, Weeds and Kingdom (avec le Stephen Fry).

I've not read many books, but I could inform you about a decent amount of contract law (up to Fletcher Challenge v ECNZ).

I've nearly finished No Logo by Naomi Klein, which has made me not only wildly anti-corporate, but also enraged by things which happened ten years ago (it's the tenth anniversary edition) and a bit of a hypocrite. I've read it while drinking diet coke, eating McDonalds and (GASP) drinking a Dark Mocha Frappucino in the House of Evil aka Starbucks. The only place one pays seven dollars for ice and syrup. But I s'pose at least I feel the hypocrisy instead of obliviously consuming unethical goods (desperate justification).

I have a new Sassy Gay Friend (let's call him Patrick Wolf) who is awesome, but don't tell him I said so, I'll never hear the end of it.

Also, I found this: 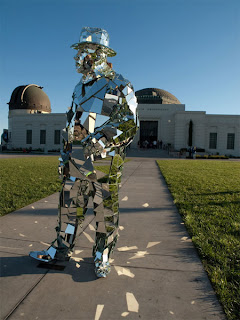